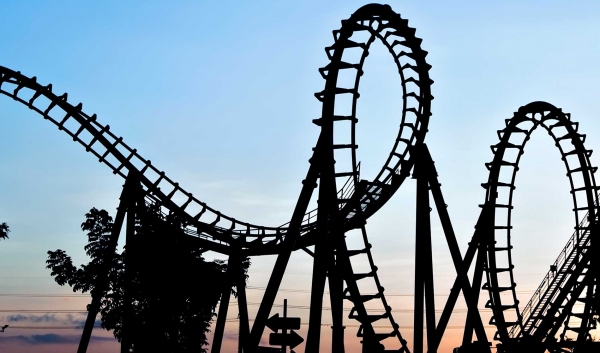 What Is Bipolar Disorder?

Bipolar disorder, sometimes called manic-depressive disorder, is a well-recognized mental health condition characterized by abnormal shifts in mood and energy levels. The mood swings experienced by people that suffer from bipolar disorder can quickly shift from a depressive low to a manic high. Family and friends may have little warning before a shift occurs and Dr. Jekyll become Mr. (or Mrs.) Hyde.

Most people experience mood swings from time to time. Some people are in this mode than others, often due to business or personal stress. However, the mood swings that affect people with bipolar disorder are severe and can affect their ability to cope with normal, everyday life.

Bipolar disorder often begins to develop during adolescence or the early adult years and can have a profound effect on a person’s life if left untreated. This disorder typically will disrupt all areas of life including relationships and the person’s ability to maintain employment. Bipolar conditions can be difficult to diagnose at first since the symptoms may appear to be unrelated to bizarre behavior. A person suffering from bipolar disorder may think that they are at fault for their chaotic way of handling stressful situations and the day-to-day pressures of life.

Although bipolar disorder is a long-term condition, the good news is that it can be managed effectively with medication and counseling. Often, a psychiatrist will have to work with the bipolar patient to find the correct dosage and type of prescribed medications needed to lessen the mood swings.

The cause of bipolar disorder is unknown. Researchers have found that a number of common factors could contribute to the onset of the condition. These factors include:

Genetics: You are more likely to suffer from bipolar disorder if a close relative, such as a parent or sibling, also has the condition.

Brain chemicals: People with bipolar disorder may be prone to a chemical imbalance that affects the functioning of the brain.

Stress or trauma: A stressful or traumatic event in a person’s life could be a trigger for onset of bipolar disorder.

Health conditions: Studies have shown that people who suffer from heart or thyroid disorders may have a predisposition for developing bipolar disorder. It is also more likely to occur in people who are obese.

Substance abuse and addiction: Bipolar disorder is more common in people who are addicted to alcohol or drugs. Sufferers may have turned to drugs or alcohol as a way of coping with their symptoms but, the truth is that alcohol and drugs can worsen the symptoms of bipolar disorder.

What are the symptoms of bipolar disorder?

People with bipolar disorder experience heightened states of emotion known as “mood episodes”. Mood episodes are felt intensely and alternate between distinct periods of depression and periods of overexcitement or hyperactivity. Mood episodes can seriously affect the overall quality of the sufferer’s life.

Symptoms of bipolar disorder are never the same for any two people. The conditioned is experienced differently in each individual. Symptoms can be divided into two categories – behavioral symptoms and mood symptoms.

During a depressive mood episode a person with bipolar disorder may experience some or all of the following symptoms:

During a manic mood episode a person with bipolar disorder may experience some or all of the following symptoms:

What is the recommended treatment for bipolar disorder?

Although there is, as yet, no cure for bipolar disorder, the condition can be managed successfully with a combination of medication and counseling therapy.

Medications that may be prescribed for bipolar disorder by a medical doctor include anti-depressants, antipsychotic medications, anti-anxiety medications and other mood- stabilizing formulas.

Counseling therapies that can help people with bipolar disorder include psychotherapy, cognitive behavioral therapy, family therapy and group therapy. Often, medications help “level out” the peaks and valleys for the bipolar sufferer, and therapy assists in helping the person cope with handling routine, daily tasks and interacting with family or peers.

More in this category: « Behavior Therapy Cancer Treatment »
back to top